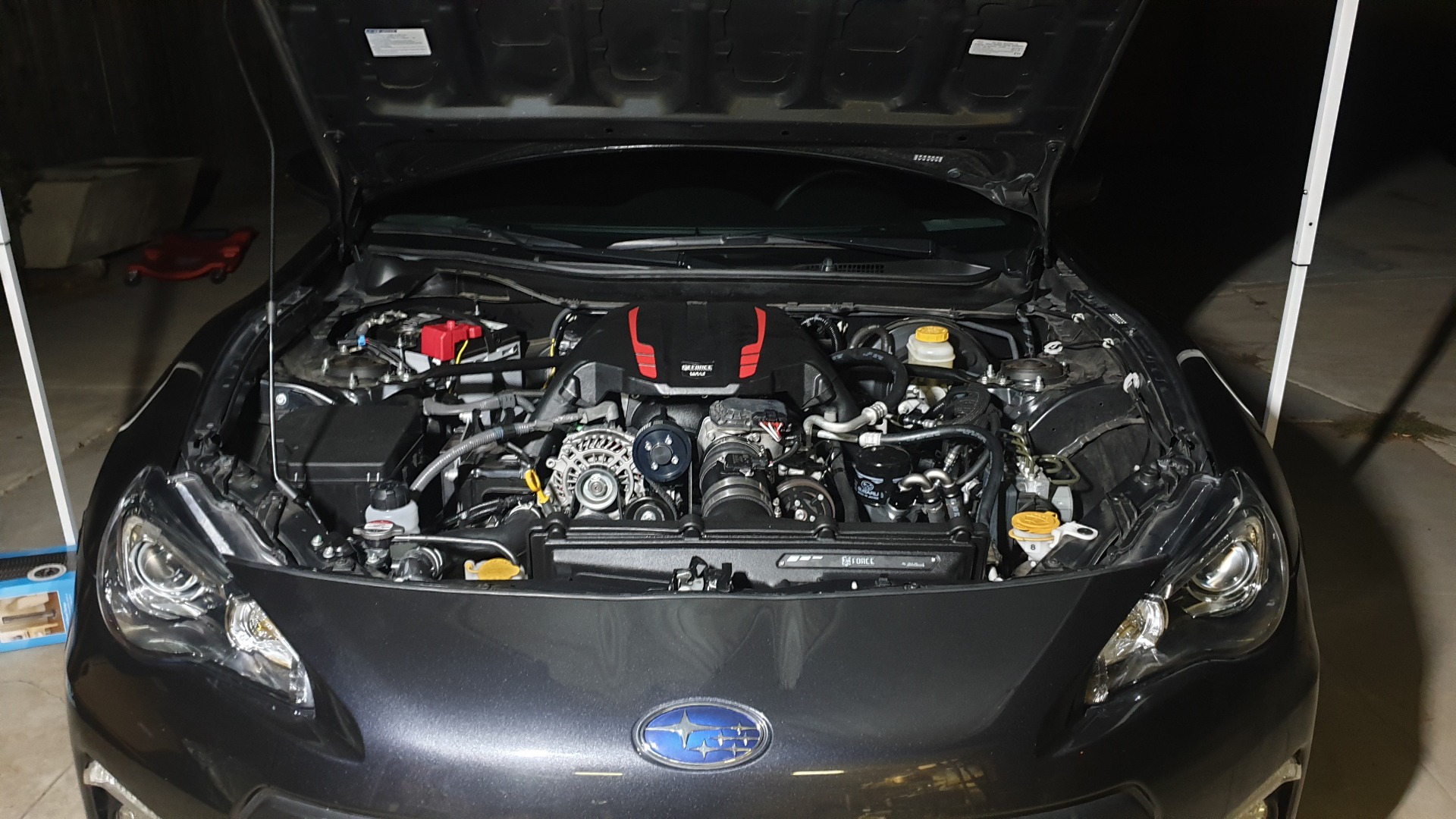 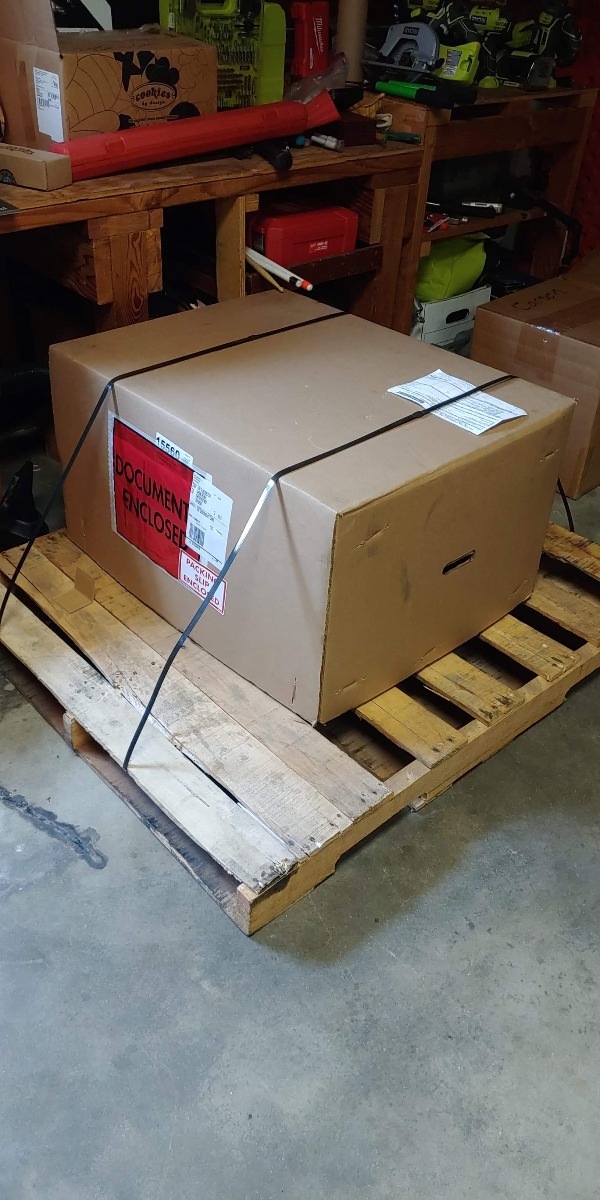 This BRZ story starts the same as any other, I absolutely loved this car since the first time that I saw it, but as time went by that itch for more power started up. The torque dip had become too much for me. I considered getting just a header and tune for a long time but after spending a year outside of the country, I decided to Supercharge it the second that I got back.

I decided on the Edelbrock supercharger in order to deal with CARB compliance as well as the low end torque sounded right for me. The Edelbrock also has the best supercharger packaging in my opinion. I ordered the Supercharger and got to reading through the instructions and ordering the tools that I'd need. I had some tools but this would be the largest modification that I'd made and my first time learning a lot more about the car.

The Supercharger came that week and I just had to find a good weekend to do the install. After checking that all of the parts were in the package, I parked the car for its final moments NA, flashed the tune and got started dismantling the front of the car.

This was the first mod that I've done where I actually had all of the right tools for the job and that made it way easier. Disassembly took a long time but was incredibly smooth. The binder of directions from Edelbrock was incredible and didn't leave me guessing for any of the bolts. The pictures were high quality and easy to follow.

As I was dismantling the intake manifold, I got to learn way more about my car, how hoses are routed, and what things do. I've come out of this project thinking that everyone should do something of this scale at least once in order to learn about their car. 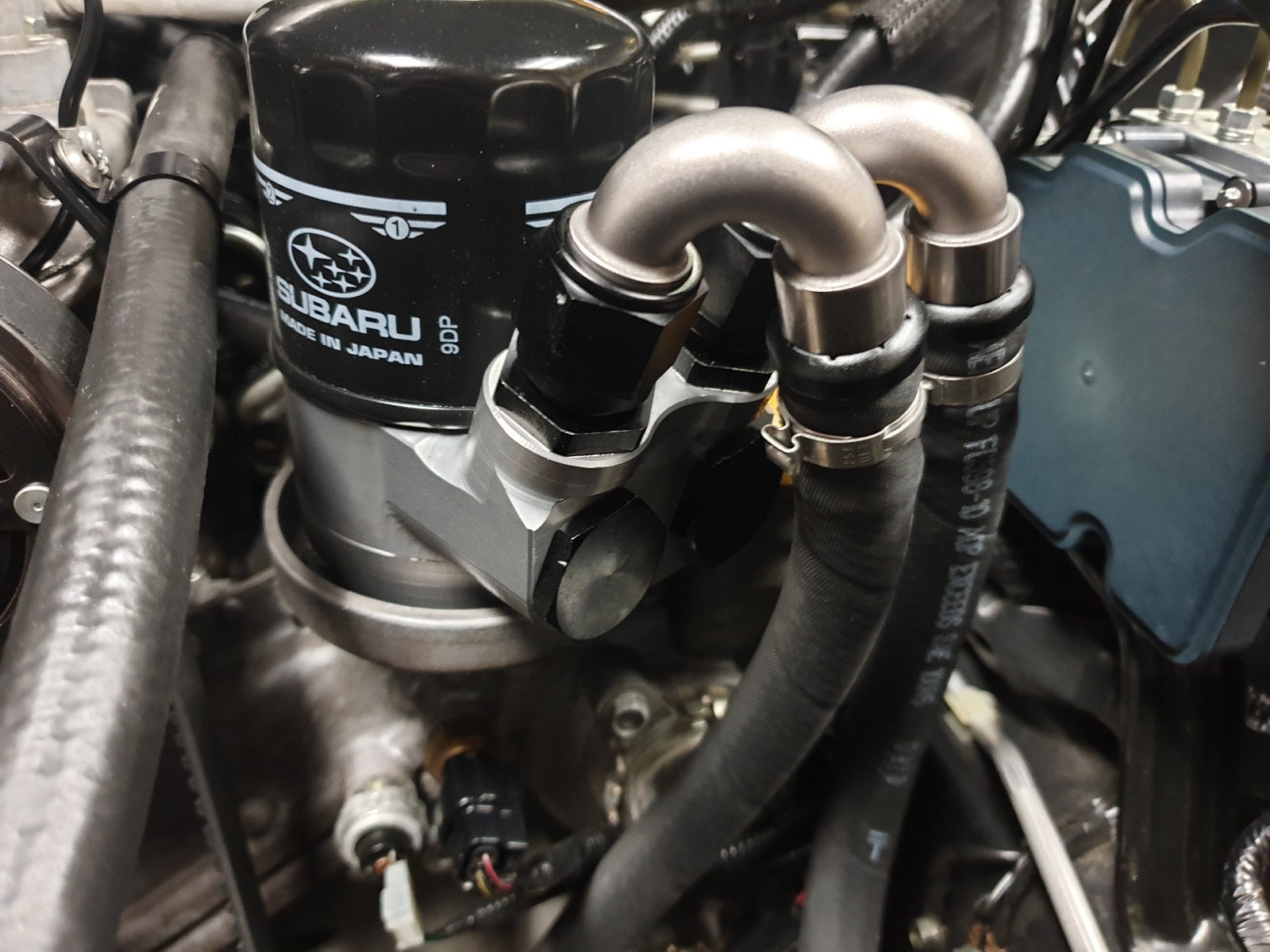 As soon as everything was disassembled, I took a sidetrack from the Edelbrock install to put in the Dual Radiator and Oil Cooler. This seemed like an important reliability mod because I've seen my Oil Temp reach unsafe levels at stock power in the canyons. This install was relatively easy as well. The only mistake I made was not fully tightening the bottom oil fitting before putting it all in the car which made it way harder to tighten afterwords. The sandwich plate was an easy install and there is tons of space between it and the new Edelbrock intake manifold. After getting the DROC in, I called it a night. Planning to start on the Assembly the next day.

The next morning I got started on Assembly and everything just started coming together so quickly. The only two steps that I had a second set of hands for were: placing the Supercharger onto the Engine (Making sure that the Gaskets didn't get pinched and lowering it) and pulling the supercharger forward in order to get the rear LTR hose on. The latter of those being the most difficult step of the install.

Once everything was on the car, I double checked everything, refilled all the fluids, let the fuel prime, checked for leaks, set up the logging, and then started her up. It started immediately and then I worked through all of the logging processes. 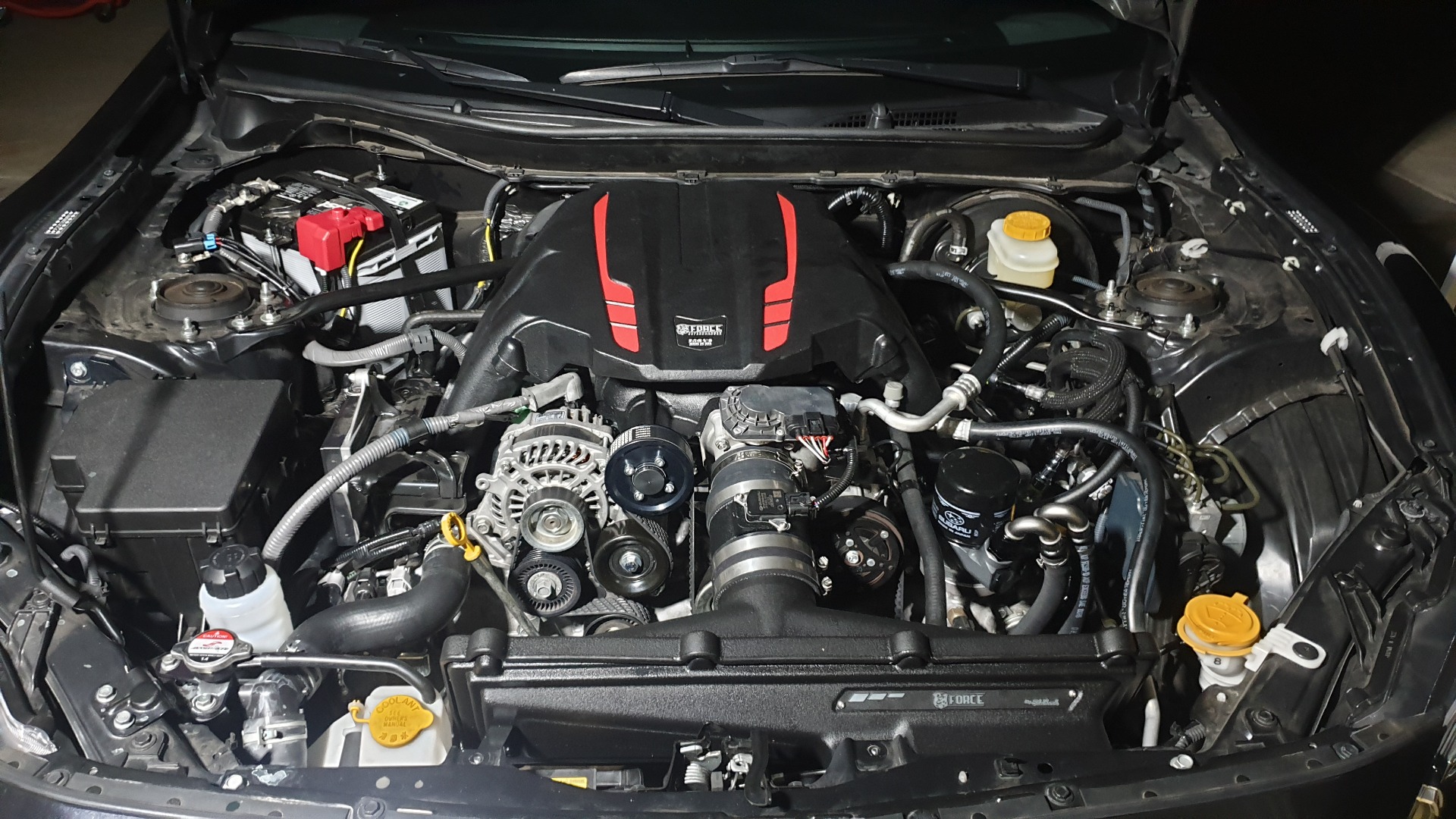 I needed to pick up more coolant because the 2 Gallons that I had was not enough to refill the engine + Edelbrock LTR. Once everything was flushed I got the logs to the tuner and started working through the tune.

The Car feels incredible and totally different, the additional acceleration and being able to pull straight through the torque dip makes it feel like an entirely different car.

Next steps are getting on the new wheels and tires to better put that power down.

As a final note:
My one complaint about the kit is the airbox being allen bolted together requiring much more work to clean/replace the filter in the future.

An error has happened during application run. See exception log for details.